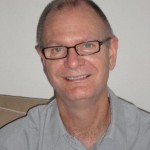 Two hundred years ago this month a period of great conflict came to an end at the Battle of Waterloo. The advancing French army was defeated by combined forces under the command of the Duke of Wellington and by those of the Prussian army under Gebhard von Blücher. The battle has enormous historical importance, as it decisively ended a series of wars that had shaken Europe since the French Revolution. It also halted the political and military career of Napoleon Bonaparte, one of the most prominent military commanders and statesman in history.

Wellington’s army had been positioned in Mount-Saint-Jean, along the road which led from Charleroi to Brussels. It is the road on which All Saints’ Church stands today, just a stone’s throw from the battlefield where tens of thousands of men were killed or injured.

On the eve of Pentecost I joined in an ecumenical vigil and prayers for peace at the foot of the Butte de Lion that now marks the site of that terrible battle. We remembered those who died and prayed for them. We also prayed for the victims of war in our own troubled times. We prayed that the Spirit of Pentecost, which gathered the peoples, languages and nations of that time into one spiritual body, would unite us today in a spirit of peace, understanding and reconciliation.

Tragically, Belgium has been the arena for several international conflicts in modern times. Those of us who call Belgium our home should feel a particular vocation to pray and work for peace in our world today. Of course, this begins with peaceful and reconciled relationships with ourselves, in our families and in the communities in which we live. It also includes a commitment to peace among nations.